This was an estate church built for Lord Sefton between 1852-6 in Second Pointed style. It is built of red sandstone and has a crossing tower, which cost £4,000 and was paid for by Mr Pemberton Heywood. With the great expense of providing secure foundations for the tower, the original more elaborate design had to be significantly modified. The remainder of the church cost £8,000 and was raised by voluntary subscriptions with Lord Sefton giving the land and a further £500 towards the building cost. The church has a polygonal apse and windows by Clayton and Bell. Two drawings of it were exhibited at the Royal Academy in 1853 and 1856. The Ecclesiologist in 1853 described it thus: ‘The interior inspires awe at once, by height and nobility’. 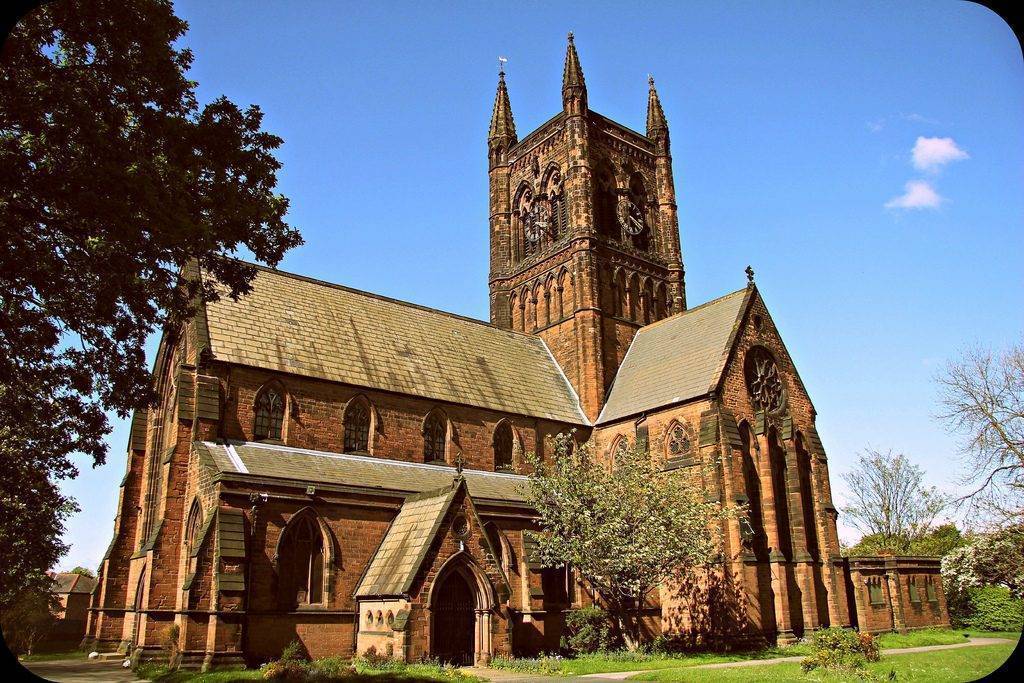