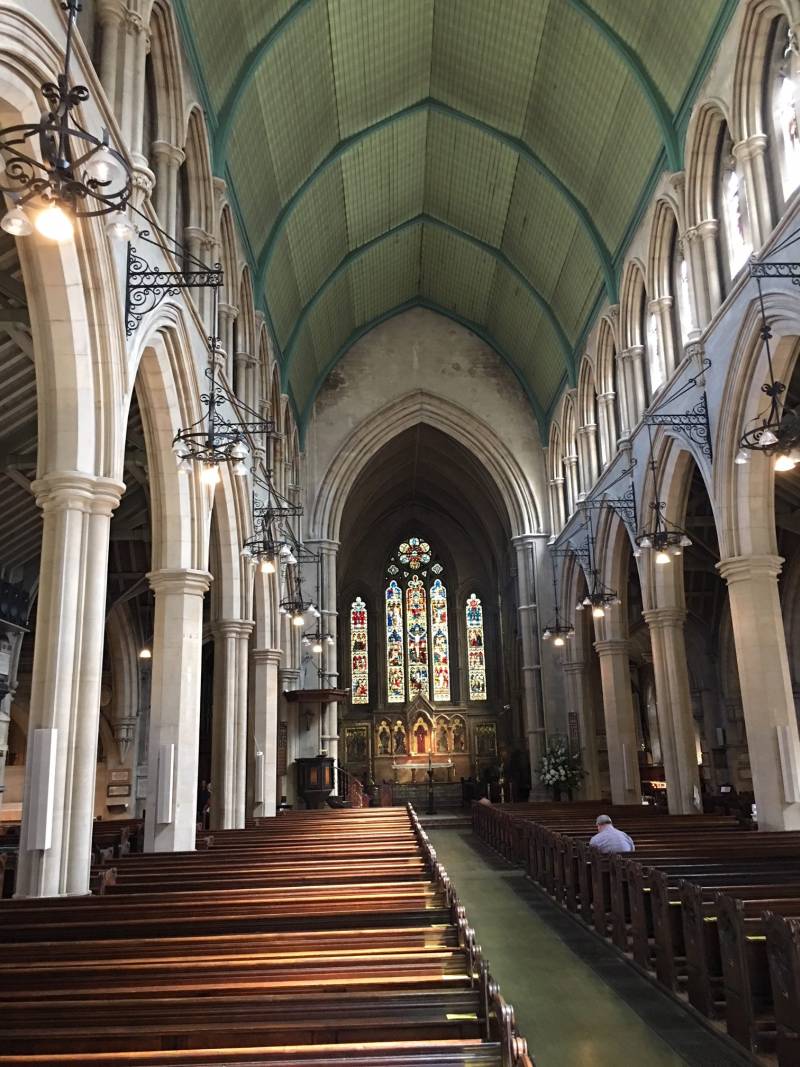 St Mary’s is often somewhat derided as Scott coasting on Middle-Pointed autopilot, but is actually a building of great dignity. It exudes a perfectly “Anglican” sense of mystery, heightened by the cloistral approach from the high street to the south door, added in 1889-93 by his son, John Oldrid Scott. Even though much of the extensive Clayton & Bell stained glass has been “pickled” (the coloured backgrounds replaced with clear glazing), some might find the interior rather dark. But as the eighteenth century realised with the Gothick concept of “gloomth”, sometimes restricting light is important as admitting it. 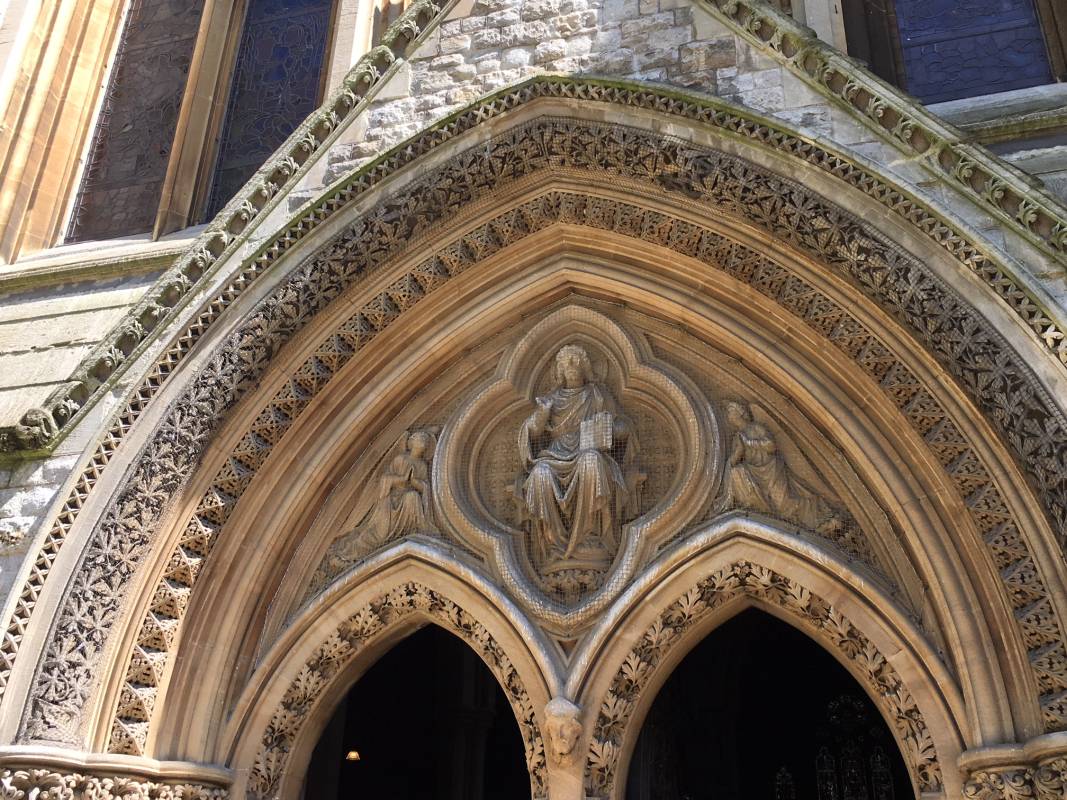 The church is also rather disorientating. The west front is hidden away from the street and demands a determined effort to encounter, and the steeple is placed, quite extraordinarily, on the north-east corner of the chancel. What catches the eye from the street, is not the nave but the cinquefoiled port-hole clerestory windows of the chancel. A statue of Christ looks down from a mandorla on the east front to the shoppers taking their lives in their hands crossing from the tube station to TK Maxx.

Inside there is no big gimmick, no overwhelming medieval inspiration, but plenty of ideas: alternating arcade piers of octagonal and clustered columns, purbeck marble shafting on the chancel arch, and pleasingly visible roof structures in the aisles and transepts. The strange motif in the arches of the gabled sedilia, of a cinquefoil shoved into the top of the pointed arch, may have been taken from the sedilia of Faversham, Kent, of which Scott had strengthened the tower and gothicised the exterior of its eighteenth-century nave in the 1850s. They might act as tracery haloes for the clergy within. 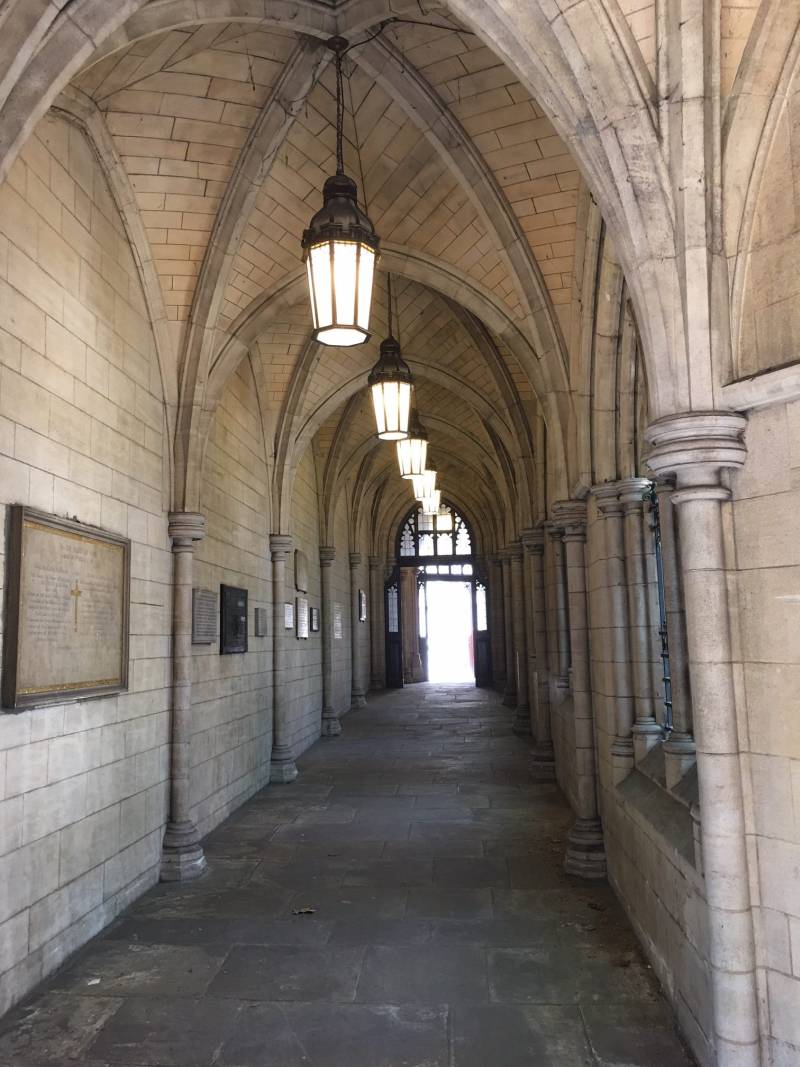 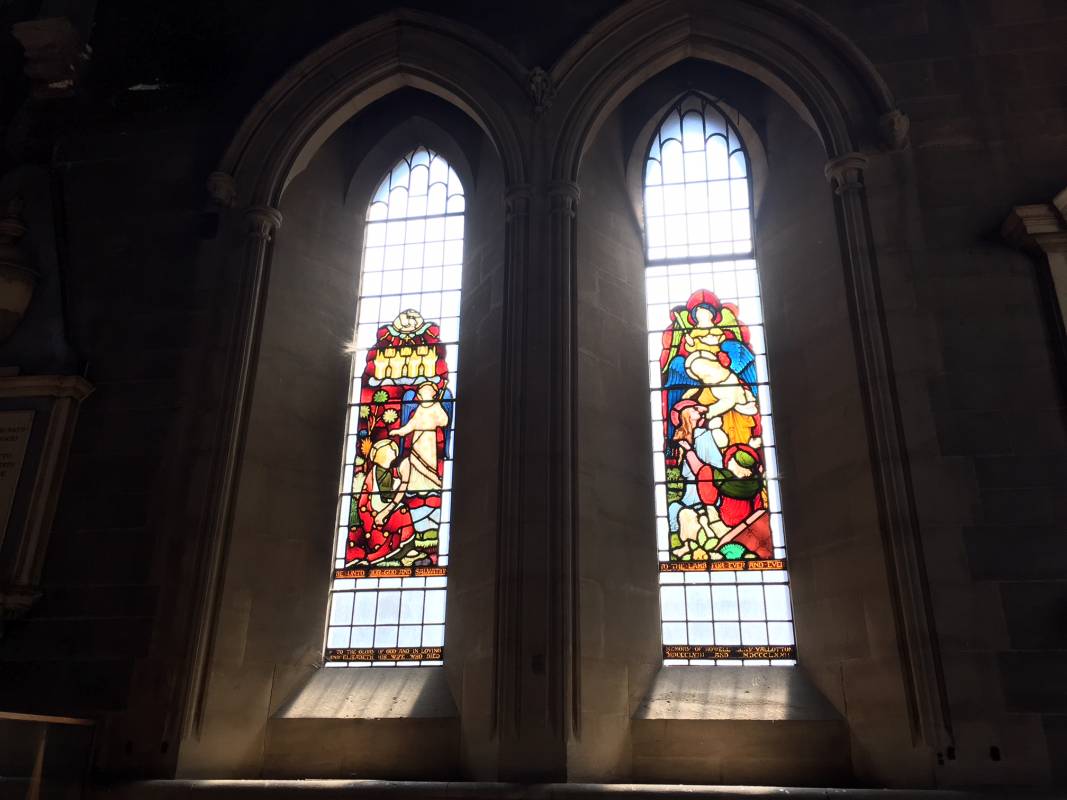