Thomas Scott was the grand-father of Sir George Gilbert Scott

Thomas’s father was a Lincolnshire grazier who farmed near Bratoft – inland from Skegness. His mother was of wealthier stock as his parents were able to send him 150 miles away to school in Yorkshire where for five years he saw little of his family.

On his return, his father indentured the young Thomas to a local surgeon, but this life did not suit and, to his parent’s displeasure and financial cost, he broke his contract.

Thomas was put to work on the farm, which was not only physically strenuous but provided him with no future as the property was destined for his eldest brother.

To escape this life, Thomas approached the local priest with a view to taking orders. His suitability appeared assured as, when proffered a bible in Greek and asked to translate, Thomas responded fluently in Latin. The Bishop, however, thought otherwise and pointed out that Thomas had not benefitted from the mandatory passage through Oxford or Cambridge.

Thomas to overcome this opposition called into play the influence of Mr Brown the gardener who had married one his maternal aunts. He walked to London, shearing sheep on the way to pay for his lodging, and obtained the necessary authorisations. 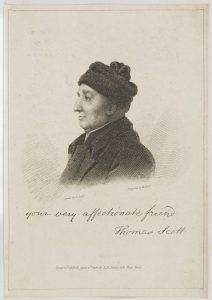 Thomas Scott’s early postings as a curate were in North Buckinghamshire, following the preacher and hymn writer John Newton at Olney where he shared a house with the poet William Cowper.

Newton’s father had been a Liverpool slave-trader and he himself had been enslaved by an African Princess and fortuitously rescued in extreme circumstances. On his return he went on to become a leading member of the new evangelical Clapham sect, a successful abolitionist and renowned preacher at St Mary’s, Woolnorth.

Under the influence of Newton, who was 20 years his senior, Thomas developed a serious interest in religion and went on to write a highly popular commentary on the Bible, which sold in several hundred thousand copies in America and Britain and merited him the epithet of ‘Scott the Commentator’. He wrote several other religious works, notably the ‘Rights of God’ a refutation of Thomas Paine’s recent polemical pamphlet, was an early influence on the future Cardinal Newman and became a well-known evangelical preacher.

Thomas had followed Newton to London and, while chaplain of a syphilis hospital chapel in Belgrave Square, became the first secretary of the Church Missionary Society – founded in 1799 – where we made the acquaintanceship of William Hoare, its first treasurer.

He later returned to Buckinghamshire where he died fairly impecuniously having sold the rights to his commentary to later bankrupt publisher. His final parish was at Aston Sandford, where his sermons attracted such large congregations that a tent had to be erected outside the church.

Thomas had rustic manners, refused any type of compromise and had but little sense of humour. When invited to good dinner by a fellow curate, he finished the evening by a short homily on the sins of gluttony and was not asked back…

Thomas spawned a family that produced a large number of architects and an even greater number of Anglican priests. His three sons were all priests. The eldest, John Scott was vicar of St Mary’s Hull, followed in the same church by his own son and grandson and resulting in the pub opposite being called the ‘Three John Scotts’… 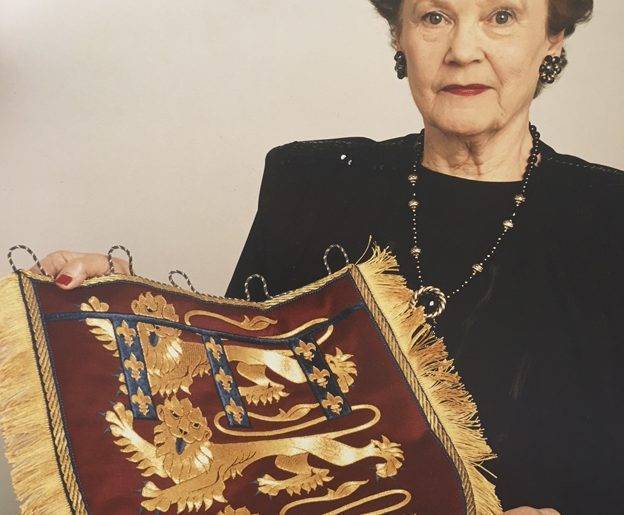 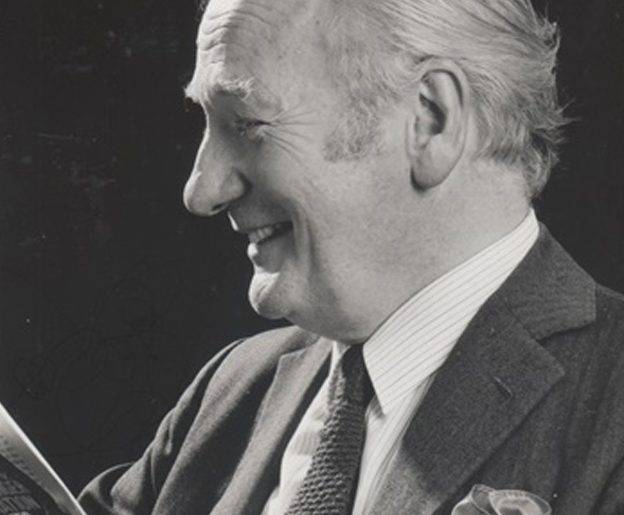 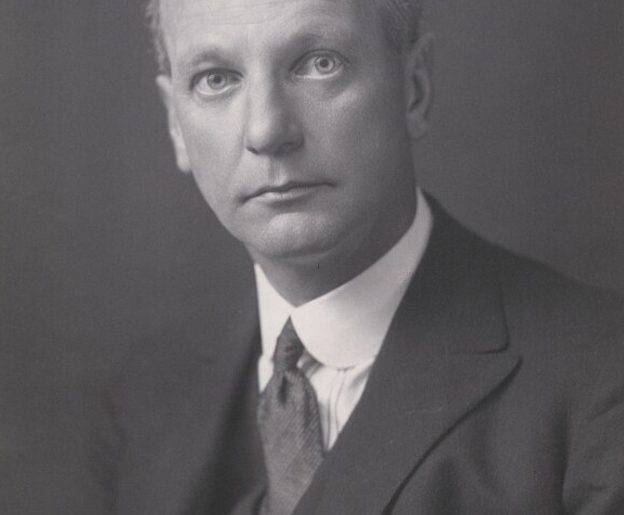