St Sophia’s Cathedral is a Greek Orthodox church designed by John Oldrid Scott, the son of Sir George Gilbert Scott. It is designed in the Byzantine Revival style. When dedicated in 1882, it was one of few churches in London in the style and remains one of few.

The Cathedral was commissioned by committee within the Greek community. A sum of £50,000 was raised to design and build it. The site on Moscow Road in Bayswater was at the heart of the Orthodox community at the time.

The church is built from yellow brick with red brick banding. It is considered modest in appearance, but a closer inspection reveals intricacies. The church is designed on the shape of a Greek cross and boasts impressive copper work. The arched doors and windows feature decorated terracotta banding.

For all the exterior’s charm, it is the interior that attracts the most attention. The now world-famous mosaics were created by renowned painter Arthur George Walker. The beautiful domed ceiling is finished in gold mosaic. The dome, which rests on pendentives, is decorated with multi-coloured glass enamel.

A little-known fact about the interior is Scott designed the famous wooden iconostasis himself. He wanted the iconostasis to make as grand an impression as the rich decoration and fittings. He enlisted the London-based firm Farmer & Brindley to carve and inlay it, and Ludwig Thiersch to paint the panels. 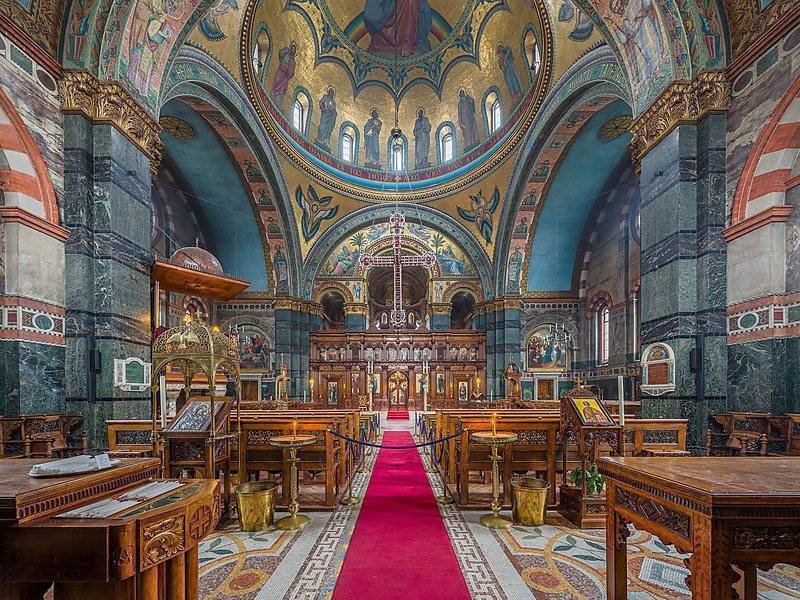 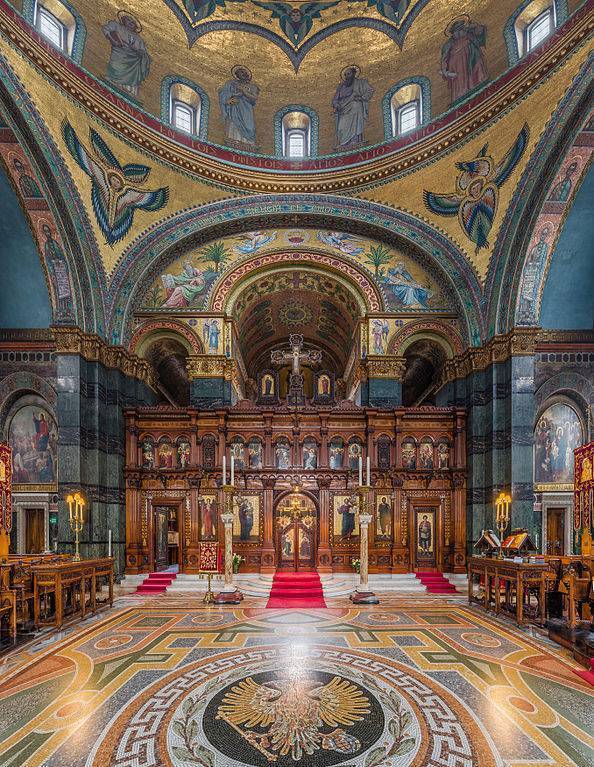