St Pancras hotel, formerly known as Midland Grand Hotel, was designed by Sir George Gilbert Scott. Scott won a competition to design the church by submitting plans for a neo-Gothic, 300-room hotel. The plans were way beyond the budgetary constraints set out, but the Midland Railway Company were endeared by them.

Scott’s design goes down in history as one of his masterpieces.

St Pancras is designed in the Gothic revival style, although some see inspiration from a polychromatic Italian Gothic style. Nine stonemasons were employed to construct the head stops, capitals and gargoyles on the exterior. The brickwork and stonework on the exterior is constructed in materials sourced from the Midlands.

Perhaps the most impressive feature of the hotel is the extraordinary double staircase, known as The Grand Staircase. The balustrading, in iron, and Gothic detailing are a work of art. The staircase has intriguing angles and turns and concertina-like treads. Scott had used ironwork in staircases before but not to this magnificence.

Every room in the hotel is built to impress. The fittings were supplied by Gillows (latterly Waring & Gillow) and every detail crafted by an artisan.

In total, the cost of the build peaked at £438,000. Extravagant, grand and innovative, St Pancras Hotel is one of the most prominent monuments to Gothic revival in London today. It goes down as one of Scott’s ultimate masterpieces.

Today, the hotel is known as St. Pancras Renaissance London Hotel. It opened in 2011, offering luxury accommodation in Central London. 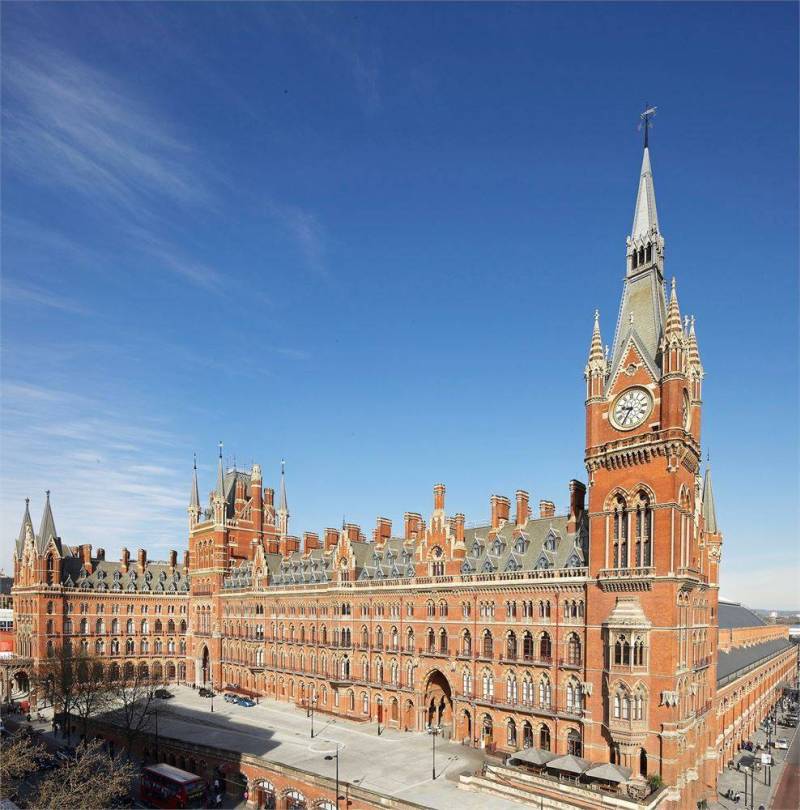 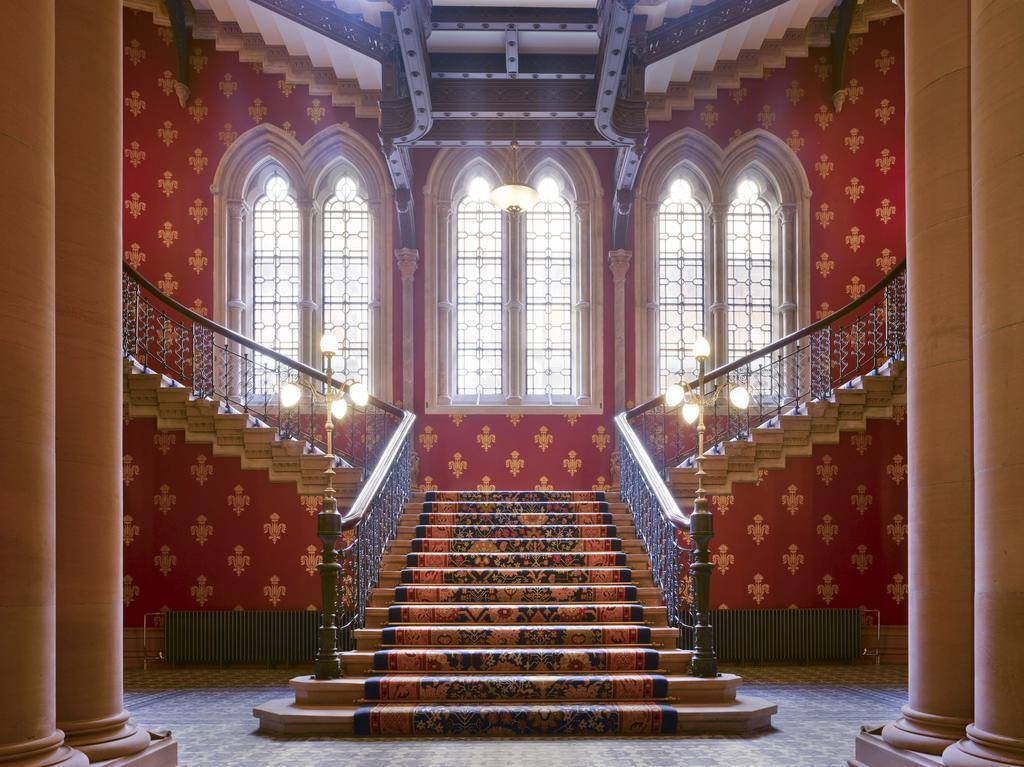 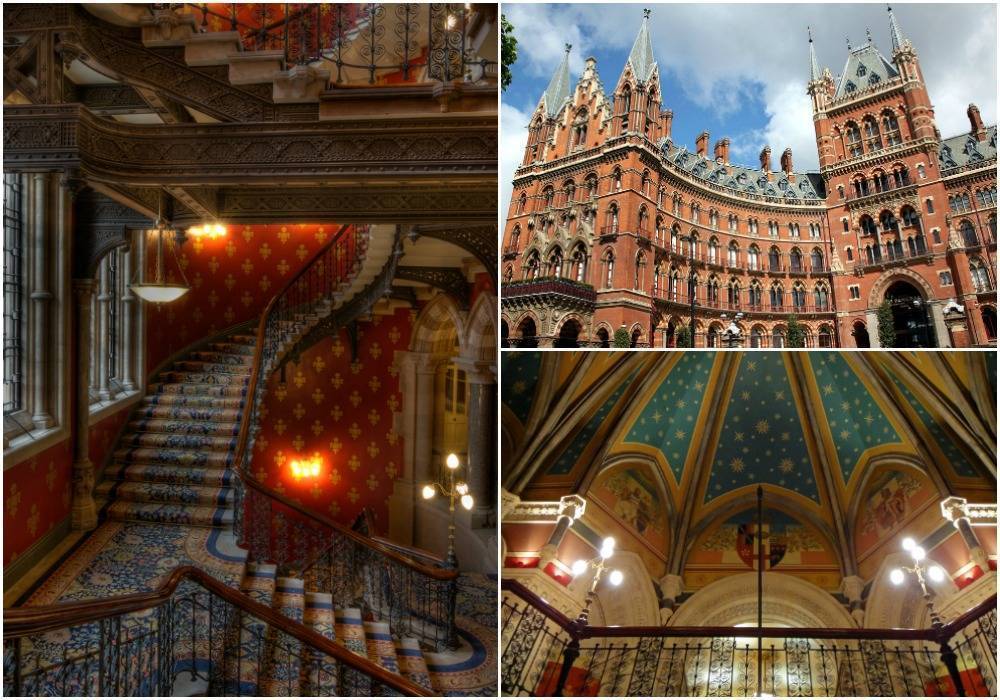 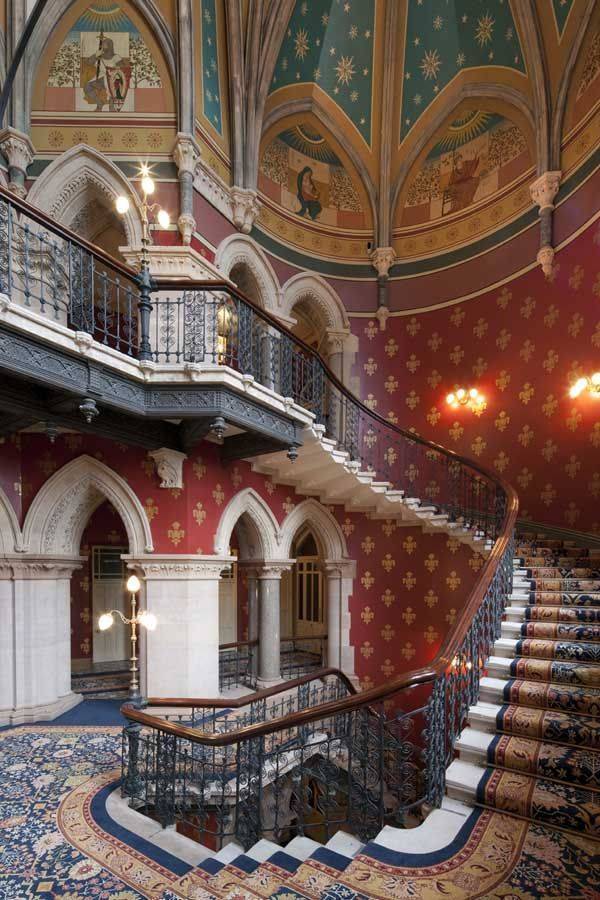