The Church of St James in Bury St Edmunds was raised to cathedral status only in 1914, with the formation of the new diocese of St Edmundsbury and Ipswich, although the town had been a place of pilgrimage for many centuries, since the death of the ninth-century St Edmund the Martyr. A church and abbey were established here before the Norman Conquest, and the Norman Tower that still serves as the belltower for St James was originally a ceremonial entrance to the abbey church. The earliest substantial surviving part of the church is the nave, designed by the celebrated sixteenth-century master mason, John Wastell. 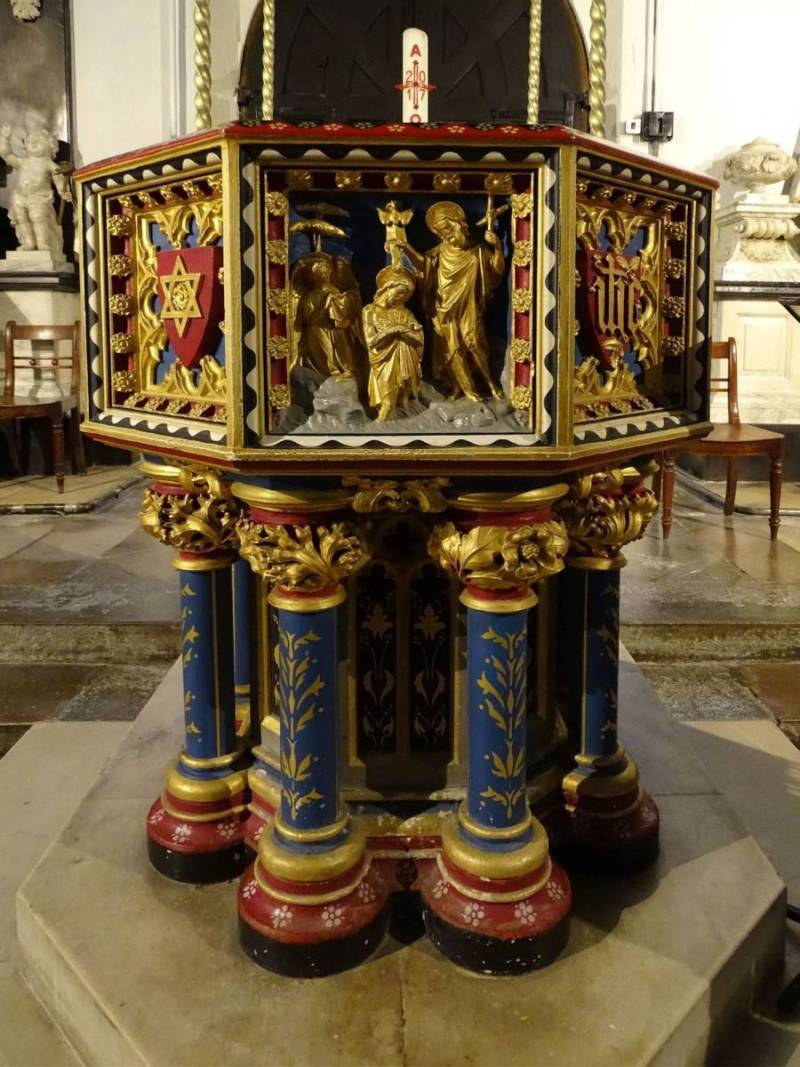 The above gilded font was designed by Sir George Gilbert Scott in 1870.

The nineteenth century saw the reroofing of the nave by Sir George Gilbert Scott and the commissioning of a major stained-glass programme, still one of the glories of the cathedral. But the most ambitious redevelopment project did not begin until after World War II, with the construction first of an entirely new choir and crossing, designed in a seamlessly Gothic style; then the Cathedral Centre; and finally and most dramatically of all, the Millennium Tower, completed in July 2005.