From 1855-6, this church was restored by James Harrison of Chester. However, in October 1857 it was gutted by fire and Sir George Gilbert Scott was called in to rebuild the destroyed roofs of the nave, chancel and aisles and also provide an organ gallery, pulpit, screen and other fittings, including the font.

Scott rebuilt it in Perpendicular style from sandstone. The original tower had survived but Scott added a spire with pinnacles at the crossing. An organ chamber was added to the north side of the chancel and the south porch built, the work completed in 1859. The site was supervised by James Howes, Scott providing the designs.

In 1873, Scott designed the reredos for St Deiniol’s Church in memory of the Rev. Henry Gylnn.

It is known as the burial place of 19th century politician William Gladstone, whose Arts and Crafts marble monument dominates the Gladstone Memorial Chapel. There is a stained glass window by Burne-Jones dated 1898. 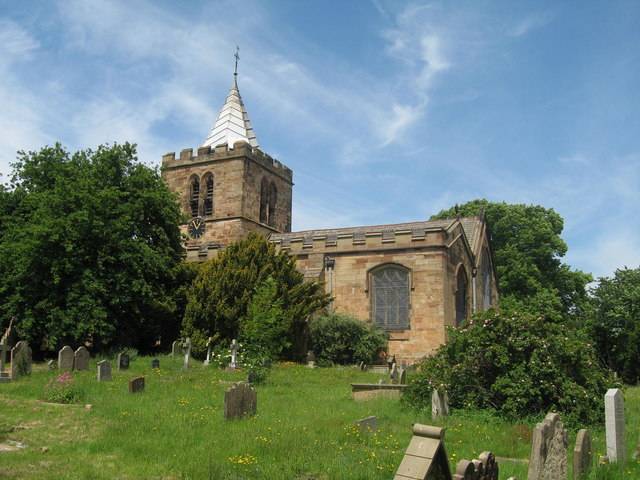 There was a church at Hawarden since at least the 6th century, though the first record of a rector comes from 1180. The Norman church was restored in 1855, but just 2 years later it was badly damaged in an arson attack. The church was restored again by Sir George Gilbert Scott, who managed to salvage some of the woodwork and stained glass. A porch was added in 1896, blending perfectly with the older structure, and from 1901 a memorial chapel for William Gladstone was added.