In a lecture delivered to the students at the Royal Academy in 1859, Sir George Gilbert Scott discusses the different merits of the square and the round abacus. The abacus is the pad placed on top of a column to spread the load of the arch or beam that it supports. In classical or Romanesque architecture it forms the upper part of the capital and is square or concave in plan.

In Gothic architecture, as Sir George Gilbert Scott explained in the lecture, the square abacus generally persisted in France, but in the late twelfth century round ones appeared in England. The arch usually springs straight out of the abacus in medieval work, so the shape of the arch mouldings was affected by the design of the abacus. During their arguments over Bradfield Church, he was not in favour of the square abacus, but:

I always willing to be beaten as an excuse for using a favourite though not theoretically correct style Mr. Stevens got to use the term ‘Square Abacus’ as a moral adjective used in the sense of Manly, Straight forward, real, honest, & all cognanate epithets, & ‘round abacus’ for what was milder ‘ogee’ being used in the sense of mean, weak dis-honest &c. This drilling probably made me ready at a later time to fall in with the French system of using the square abacus irrespective of date or of other details.

Perhaps this light-hearted banter between these two highly intelligent men arose from the awareness of how ridiculous it was to ascribe the characteristics of human nature to architectural forms. 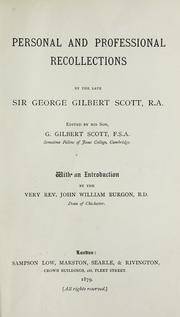