Sir George Gilbert Scott reported on the restoration needed here in 1854 and again in 1858. Scott’s recommended work took place in 1860-4, costing over £1000. It was a conservative restoration, his main work being to replace the ceiling in the nave and restore the other painted ceilings, carried out by Clayton and Bell, and secure the central tower. The church was also repaved and partially refitted between 1863-4, with a carved oak pulpit. Fifteenth century tiles were also reset into chancel screen walls. In 1872, Scott supplied a monument to Sir H. E. F. Lambert, son of Anne Maria Foley, a Decorated arch with a brass tablet at the west end of the nave of the Priory Church of St Mary and St Michael.

The later nineteenth century saw the introduction of some notable Victorian fittings, and the architect W.D. Caröe was responsible for further additions into the 1930s.

In 1854 the tower was inspected by the local architect G.C. Haddon and found to be unsafe. Haddon was unable to find a builder willing to undertake the repairs and the work was delayed for some years until Sir George Gilbert Scott took the job in hand and engaged S. McCann – a builder from Amesbury, Wiltshire, who afterwards settled in the town – to restore it. This work was completed in November 1854 and included the rebuilding of the parapets and pinnacles and the erection of new gilded copper vanes.

Scott’s restoration of the fabric of the church followed on from the successful completion of the repairs to the tower. In 1868, however, there was an explosion in the vestry and this caused damage to other parts of the church. It was at about this date that John Taylor & Co of Loughborough carried out an inspection of the bells, and a notebook among the foundry archives includes notes from the firm’s visit. Apparently the six bells were hung in two separate frames, all swinging in the same direction in two rows of three separated by a long empty pit. 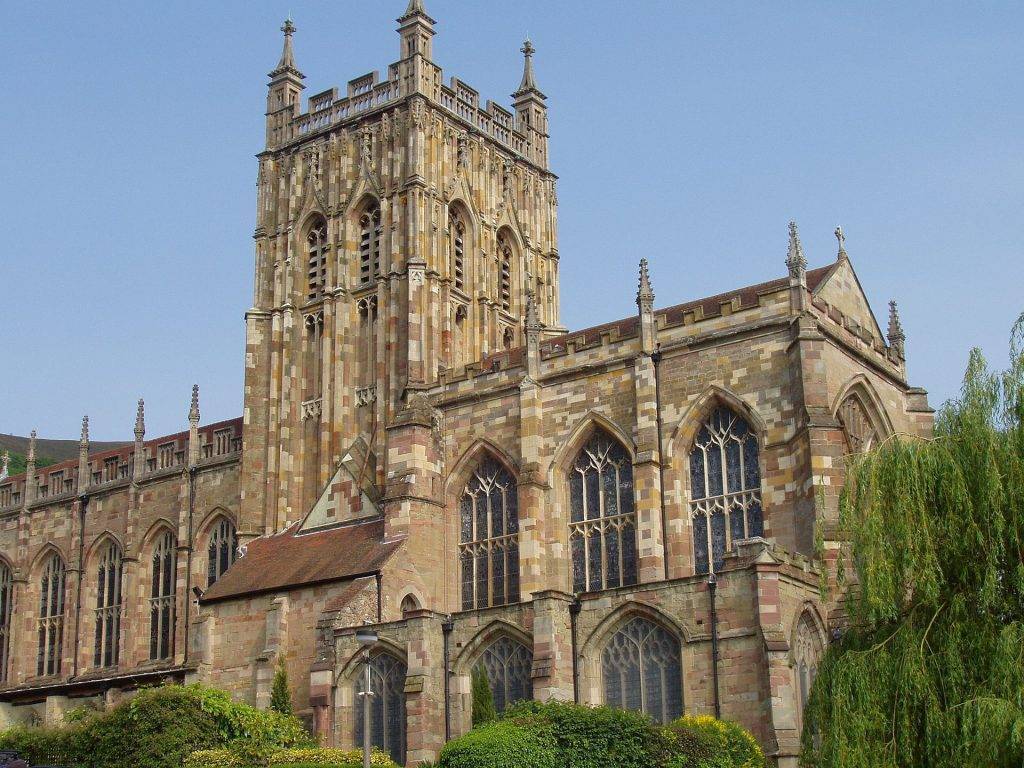