Mumbai University, formally known as The University of Mumbai, is a Gothic revival style building designed by Sir George Gilbert Scott. It is considered among his best works, despite Scott never having visited India himself.

Scott designed the Convocation Hall (built 1869-74) from his London office, as well as the Library and massive clock tower (built 1869-78).

The Convocation Hall is decorated in French 15th century style, with ornate stonework and carvings. The Library and clock tower are in a Venetian Gothic style. The two different architectural styles blend in perfectly, giving the building a unique charm.

The Rajabai Clock Tower was designed on the clock tower of the Palace of Westminster in London. It stands proud at a height of 9.1 m. Curiously, Scott adorned the tower with oriental figures which are marvellously sculpted.

The Library stands separate to the Convocation Hall. It has a corner staircase that towers with spiralling arcades. It’s part Venetian in style with sharply pointed spires and intricate stained-glass windows. The front of the library has stone columns supporting a porch. The brickwork is red, as with many of Scott’s buildings.

A little-known fact about the University is Scott’s original plans for the building were deemed too expensive. Two British architects, Walter Paris and George Twigge-Molecey, were commissioned to reduce them. This was done initially without Scott’s knowledge. The two-man team managed to keep much of Scott’s design intact, although the original plan was far grander and would now be considered Scott’s most magnificent university building. 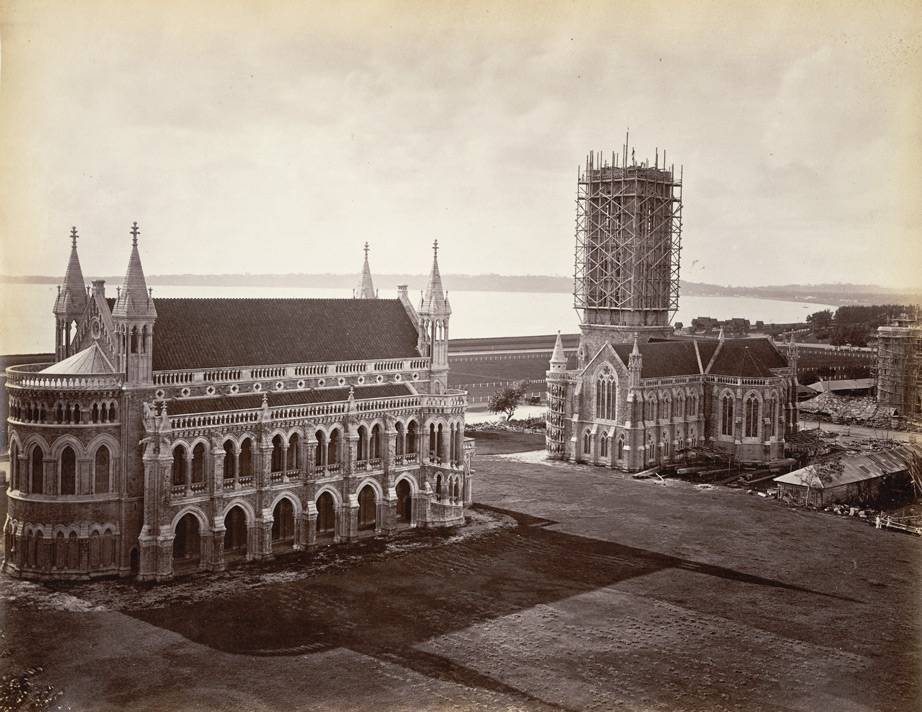