Holy Trinity Cathedral, Shanghai, is an Anglican church designed by Sir George Gilbert Scott in the 1860s. It is designed in the Gothic revival style. The foundation stone was laid in 1866 and the church dedicated in 1869. It is the oldest such cathedral in China.

Known as “the red church” with locals, Holy Trinity Cathedral is built from red brick with glorious neo-Gothic detailing. Sir Gilbert Scott was commissioned to draw plans for the church as a replacement for a church built from timber. The old church was so badly built, that the roof caved in after intense rainfall. A permanent church was requested to serve the growing Christian community in Shanghai.

The resulting design could not be more spectacular. Holy Trinity is one of Scott’s masterpieces. At the time, the church had a nave, two transepts, two aisles and a chancel, each element of the church fashioned in Gothic style.

The colonnades are masterfully carved from stone and the red exterior brickwork perfectly laid out. Red brickwork is a primary theme with this build, with even the architraves on the façade being made from red brick.

Due to budgetary constraints, the original design was modified by William Kidner, one of Scott’s junior architects. Kidner, with the assistance of Scott, scaled down the extravagance of the original plans to create the Holy Trinity Cathedral we know today. The church fell into disrepair over time but has recently been restored by architect Zhang Ming. 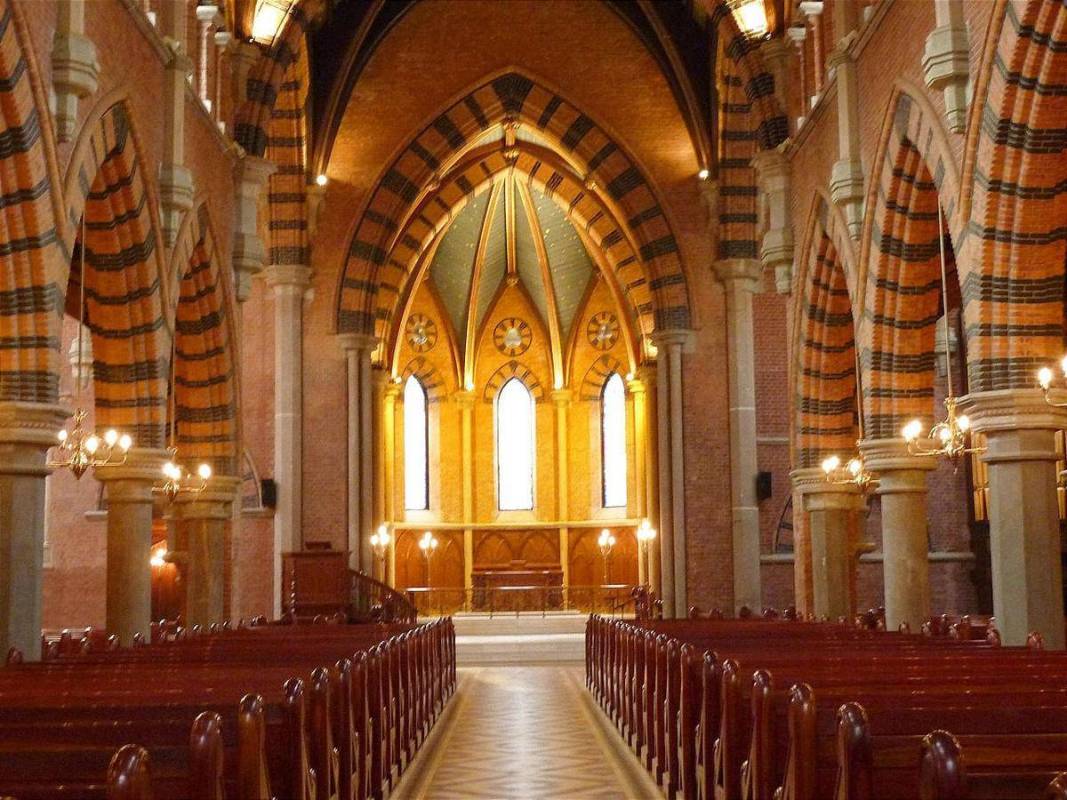