The above image is the copyright of George Rex.

Richard’s principal works in the capital were commissioned by the City of London Corporation and inherited from his father, who began replanning the forecourt of the Guildhall in 1935 and who restored the medieval hall after war damage. Up until the early 1970s, Guildhall yard was only as
wide as the white Porch of the Guildhall. Giles had proposed removing the Georgian buildings leading up to the saracenic-gothic facade of the Guildhall by George Dance Jr to create a much larger, less intimate open space. This was done, but Guildhall Yard is now framed by buildings by Richard.

The Guildhall Yard is paved with a geometric pattern of sawn stone slabs and cobble stones which utilise a variety of limestones and igneous rocks. The new L-shaped west wing, containing the Guildhall Library, was completed in 1974 and is very different in style from the dour modernism typical of the 1960s. With its busy, textured quality achieved by the repetition of vertical fins and by the sculptural complexity of the use of faceted shapes of gothic character for the projecting aldermen’s court room and the arcade connecting with the Guildhall itself, it is, perhaps, an example of what Ernő Goldfinger dismissed as “pop modern”. As a library, the new building is a great success, most pleasant to work in.

The east side of the cleared space was to follow with a new Guildhall Art Gallery to replace a building damaged in the war. This, however, was greatly delayed by the inconvenient if exciting discovery of the foundation of the Roman amphitheatre underneath Guildhall Yard, which had to be excavated and preserved for public viewing. 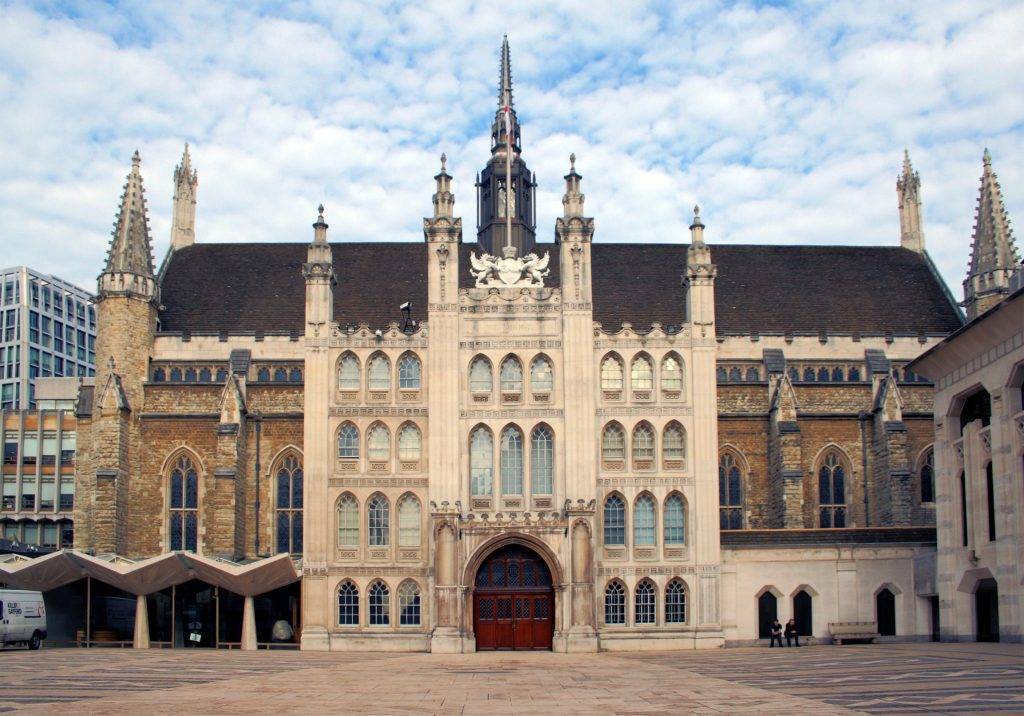