This article is an obituary for Elizabeth Louise Scott (Hoare) published on The Telegraph. It was published on 17 October 2001.

A few newspapers ran an obituary for Elizabeth Louise Scott (Hoare) who died aged 85 in 2001. The Telegraph’s obituary chronicles her earlier life and the ventures she was involved in. It also covers here marriage to Graham Hoare.

Elizabeth Louise Scott, commonly known as ‘Betty’, was born on November 17, 1915. She was the eldest child of Sebastian Scott. Her grandfather was George Gilbert Scott Junior, the eldest son of Sir George Gilbert Scott who The Telegraph describes as “the most brilliant of the Scott architectural dynasty” in Elizabeth’s obituary.

The story of Watts & Co

The story of Watts & Co is perhaps Elizabeth’s most prominent. Elizabeth basically saved Watts & Co from going under with her husband Graham. Watts & Co was revived on Tufton Street behind Westminster Abbey. It is one of the most remarkable survival stories of Gothic Revival of the nineteenth century.

Founded by George Frederick Bodley, Thomas Garner and Gilbert Scott in 1874, it provided textiles, wallpaper, metalwork and furniture for churches and houses.

When Elizabeth inherited the company, it wasn’t in good health. As the Telegraph notes “It was only Betty Hoare’s determination that kept Watts going in premises at Faith House, Tufton Street, Westminster. She saw it as an escape from the tyranny of domestic duties but for some time it barely survived.”

You can read Elizabeth’s obituary on The Telegraph. 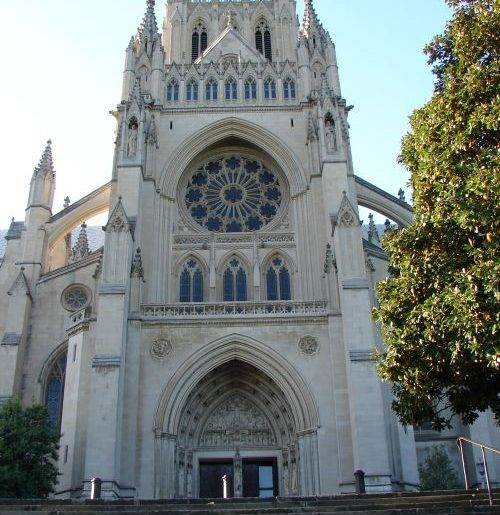