Cathedral of St John the Baptist was designed by George Gilbert Scott Jr and completed under John Oldrid Scott in 1884-1910.

An extraordinary building, the magnum opus of Sir George Gilbert Scott’s first son. The first view of it is quite astonishing. Because of its fairly constrained site, vistas of it are usually at sharp angles. Flying buttress throughout let you know this is a church that is serious business. 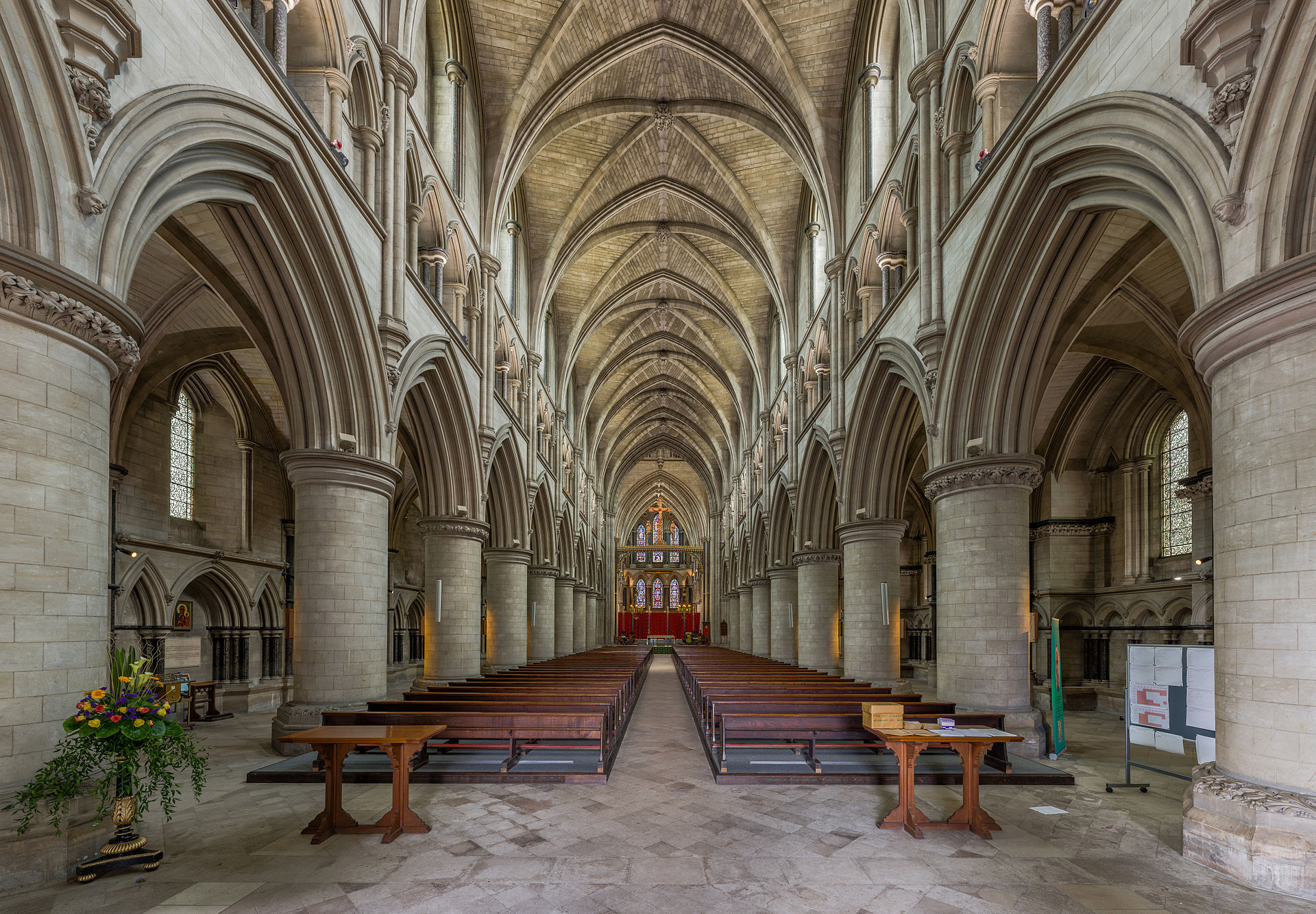 Its scale is exceptional: a ten-bay nave and a four-bay east arm and three-bay transepts. The crossing tower is blunt and perfunctory. All four terminal facades to each arm has big beefy triple lancets, bulky buttresses, and pinnacles flanking the gable.  It has remarkable solidity, even for a Scott building. It is an absolute unit of a church.

It is remarkable that it was built not as a cathedral, but simply as the Catholic parish church. About the only retreat from English Gothic cathedral grammar is the use of round columns in the arcades rather than clustered piers: otherwise it’s hard to see how the brief was not simply “build a cathedral”. Above the arcades is a typically English “false gallery” (rather than a thin triforium wall passage like the French, or a walkable upper space like an Anglo-Norman Romanesque building) and then a tall clerestory with a large single lancet in each bay. 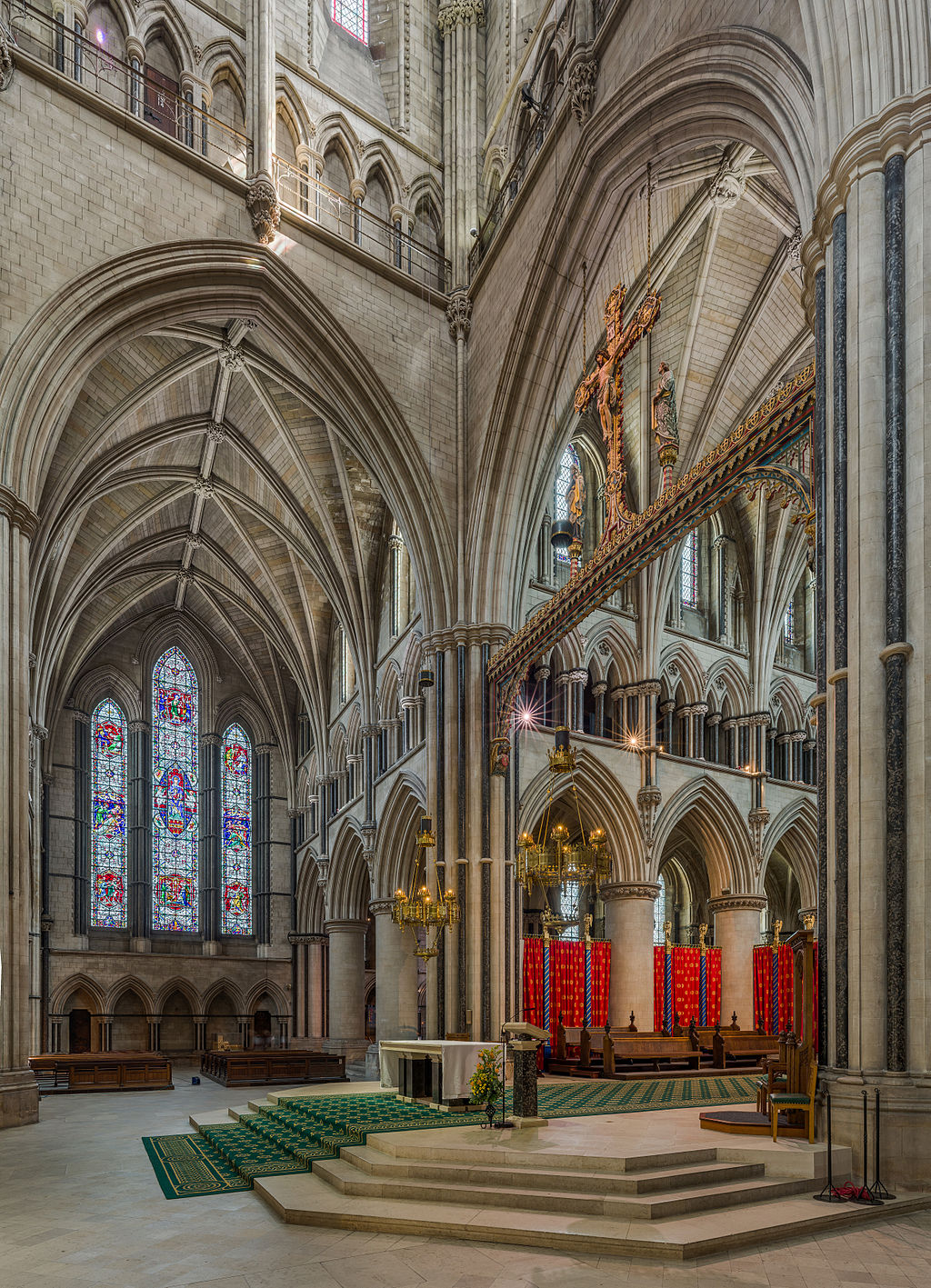 There is a plainer version of the elevation used in the nave and west side of the transept; more ornate for the eastern parts, with super-arches and spandrel decoration in the middle story. There’s use of dark Frosterley limestone as a stand-in for Purbeck marble on the responds and crossing piers. Sensible quadripartite vaulting and tightly-curled stiff-leaf foliage throughout. It is not a building that takes long to absorb after the initial shock. But its bloody-minded conformism is its unique genius.

This building is an exercise as if a cathedral builder of the thirteenth century had unlimited funds and didn’t have any changes of mind or fripperies with a new style partway through. The style is Early English Gothic throughout, pedantically. Pretty much everything here could be found in the nave at Lincoln Cathedral: there is none of Scott Sr’s Frenchness, not a single sign of deviating from the noble lancet window for fancy tracery. It is almost more of an academic essay rather than a personal piece of architecture. So correct is every motif, so logical and determined the entire plan, that it makes Salisbury look eccentric. 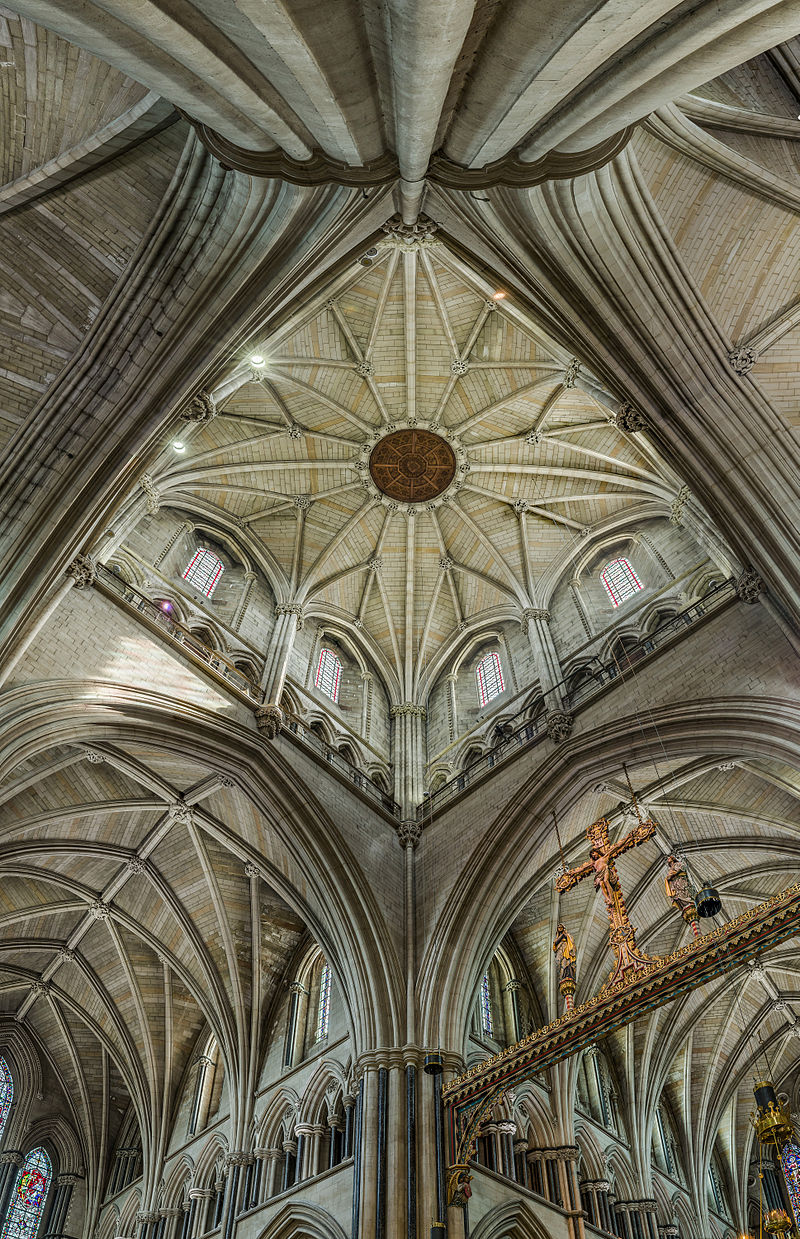 The liturgical arrangement, as is so depressingly common after Vatican II, makes the east arm all but redundant. Although the completeness of the glazing is impressive, the lack of a stone rood screen, pulpitum or reredos is quite overwhelming. Even if this weren’t a Catholic church, the lack of statues would be surprising. This is an architect’s church, through and through.